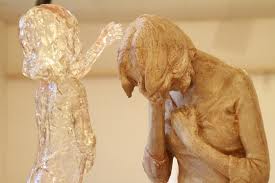 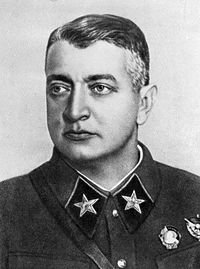 Vasil Bykaŭ. The Wall: 3 short stories that I translated

TRANSLATOR'S FOREWORD
Vasil Bykaŭ (1924-2003) is not unknown for English speaking readers. I have read myself one English translation of his novel, published as Vasil Bykov "A Portent of Disaster", I am sure it's not the only work of this Belarussian writer available for those who can't read in Belarussian but still enjoy reading books in English.
Vasil Bykaŭ took part in the Wolrd War II and after the War he became a writer. Belarus then was a part of the USSR and any writers had to observe certain rules to be pulished and to get money from the government. That's why the early Bykaŭ couldn't write everything he knew about the War. All his life he was interested in the psychology of man's behavior under extreme circumstances. He was free to write the bitter truth of war crimes committed by Germans in the USSR and local Polizei, but the Soviet censorship left no  place for any wrong conduct of the Red Army soldiers. And Bykaŭ was critisized for any slightest attempts to describe the war reality that included betrayals, robbing and cruelty from both the fighting sides. The period of democratization in the Soviet Union, called Glasnost (do not think that Perestroyka was a liberalization course as such, for it was only an attempt of slight economic transformations having nothing to do about democracy and it was Glasnost, proclaimed in 1988, that allowed peaceful protests against violations of rights and freedoms and crtisizing the government that along with the economic stagnation led the USSR to its collapse in 1991) pushed Bykaŭ to write about Stalin's repressions as well. When Belarus became an independent nation in 1991 he had already become an anti-Communist and a moderate Belarussian nationalist.  (One can read also his biography in Wikipedia).
That later Bykaŭ wrote a series of short stories called The Wall, where he tried to describe the cruelties of the Soviet system both during the War and in other periods of USSR history. As a historian I can't help seeing that he exagerated certain thing, but after reading dozens of Belarussian books I shall admit that those stories make part of the best masterpieces of the world literature by the manner of the description of human behavior in difficult times.
So, I've chosen and translated 3 short stories and I think my readers have the right to know about some translation features. Firstly, there's no translation that can perfectly reflect the original work. With Belarussian as my second language and English as my third one I only tried to render these works as best as I could. Secondly, there exist a problem of the proper romanisation of Russian and Belarussian names. That why this writer is known ouside Belarus not only as Bykaŭ, but also Bykov and Bykaw. I've decided to render Belarussian names according to the modern rules for the romanization of Belarussian characters (story one) and other Slavonic names ouside Belarus as Russian names (some changes in vowels and consonants) for it Belarussian the name of some Russian president will sound like Putsin, Myadzvedzeu and yet they are known worldwide as Putin and Medvedev. Thirdly, in the story that I called The Fog of a Wrong Belief (story one)I dared to translate the name of main character literally -- Badger (in Belarussian -- Barsuk), for the author himself had written that it was unnkown if it was his real last name or just a nick, which was not uncommon in those years. Fourthly, I'm absolutely sure that the real name the Commander from story two is Marshal Zhukov, which was believed to be responsible for the defeat of the German Army in Stalingrad (now Volgograd) making them shift additional tanks from Africa without even changing their yellowish color. And Zhukov really executed many soldiers and officers without any trial or any real fault just to keep some discipline. Fifthly, the last story seems to have happened to the narator himself.
Enjoy your reading
Andrei Berastoŭski

THE SPARED LIFE
(the link for the original text: http://knihi.com/Vasil_Bykau/Sciana.html#chapter10)
There happen in the life things which significance is revealed only after many years and is meditated upon all the lifetime. Some other things at first seem to be important, but soon lose their importance; certain ones get this importance in years. And there are some few that are constant in their imperative significance. About one such event I'd like to tell you, and, by the way, it's been more than half a century since it took place.
It happened during the last War in the winter of 1944 in Ukraine.
During the hard battles with the German Army our division got into a difficult situation, the German troops executed a counter-attack, occupied some villages in the rear. So, there was the danger of being surrounded, which was one of the greatest dangers of that war. My leg was wounded and I couldn't walk. At night some of us, the wounded ones, they tried to move away upon the outer plates of tanks, but the way to the rear was blocked. In a certain village all the wounded were taken from the tanks and carried to houses. The tanks went further. To make a breakthrough.
We were left alone, without any protection, in uncertain conditions.
Suffering from cold weather and pain I climbed somehow on a shaky bed where somebody was already lying. My hands felt something wet by my side, but I paid no attention to it and fell asleep soon. It seemed just when I fell asleep I woke up being moved by a sudden terror. It was getting light outside, it was already morning, shots could be heard from somewhere, even screaming, someone ran away in panic by the window. I raised my head and for the first time looked at the one I had spent the night with. And even gave a start: it was a German officer. But he wasn't moving, his uniform overcoat fringe was mucked with blood, he must have died at night before my arrival. Nobody was there in the house, all the wounded had run away. A cart move was heard outside followed by tracer bullets bursts in the air. From the other end of the village the Germans were getting into it.
It was dangerous to stay in the house I had to move away, but, however, I couldn't go really far. Clinging to walls and benches I limped to the lobby. It was rather dark over there, in one corner there were some cut planks of wood, in another one, right by the entrance door there was a self-made wooden section, its height being up to one's kneels, full of potatoes. I got my pistol out of its holster and lied down on the potatoes. Through a split in the door I could see some of the yard and the gate of the house. The street of the village was desert, far away at the end of the village one could hear shootings, so our guys have sneaked away, — I thought. Soon the Germans must come here.
Meanwhile the day was breaking and it was already a sunny frosty morning. The sun rose over the roofs and its rays lit the yard. I was lying with a pistol in my hand and waiting. But what I was waiting for and what I could feel reliance in? Perhaps, my death? For hoping to defend my life with just eight bullets was in vain. And I got ready to die. I just was waiting, that's all.
All in all, I didn't have to wait for very long. Through the split I saw a group of German soldiers running and shooting their rifles now and again somewhere. Then another group appeared. Those ones were walking slower and were not shooting. And just from that group one guy — a tall soldier in a short overcoat with a submachinegun on his chest headed to the yard and went right to the door. I cocked the hammer and pointed the pistol at the door. The German was going quickly, his eyes narrowed behind the glasses in a metallic rim. His chin was covered with dark scrub, there was a cold-weather cap on his head with its peak over his forehead. He threw the door open decisively with his hand and looked into my face right from the sunlit yard. My pistol was pointed to his chest, my finger was resting on the trigger. Any moment I was ready to shoot. But I didn't — something kept me from shooting him. It wasn't the feeling of danger, nor the natural instincts of self-preservation — somewhere inside my mind all my readiness had vanished. Again I was waiting. The German had to grasp his gun on his chest to shoot: but his right hand was resting on the door latch. Nothing changed in his look behind the glasses — neither surprise, nor fear, and, may be, that was the thing that kept me from shooting. It seemed that being blinded by the bright morning sun he was unable to see me and I lacked the suicidal determination to pull the trigger. It all took just a second then somebody shouted outside – perhaps, the German was called. And, letting go the latch of the door he turned his back to me and hurried after his comrades. I gave the sigh of relief. Of course, it was not all over yet, but at least the first danger had gone away.
At the end of the village they were fighting a heavy battle, I could see scattered groups of Germans appearing and disappearing now and again, but they didn't come into the yard any more. Then the Germans disappeared at all, the village was taken by the Red Army soldiers. In the afternoon I was sent to hospital.


All the war years I told nobody about that anecdote: it was dangerous to reveal things like that, — but I couldn't help thinking of it. By all, it was an unusual story: on meeting each other armed soldiers of the warring armies spared each other's life. No matter that unwillingly. For If I'd shot the German then, I'd have been definitely killed too. May be, it was the Almighty God who gave us both a second life. And, lo, I'm alive yet.
at сентября 07, 2013 Комментариев нет: